Rallies supporting refugees – and protesting President Trump’s executive order on immigration – popped up across the country throughout the weekend, including Delaware.

A large group of youth rallied outside the Islamic Society of Delaware Sunday.

Among those holding signs and chanting was 8-year-old girl Jannat Jamshed. 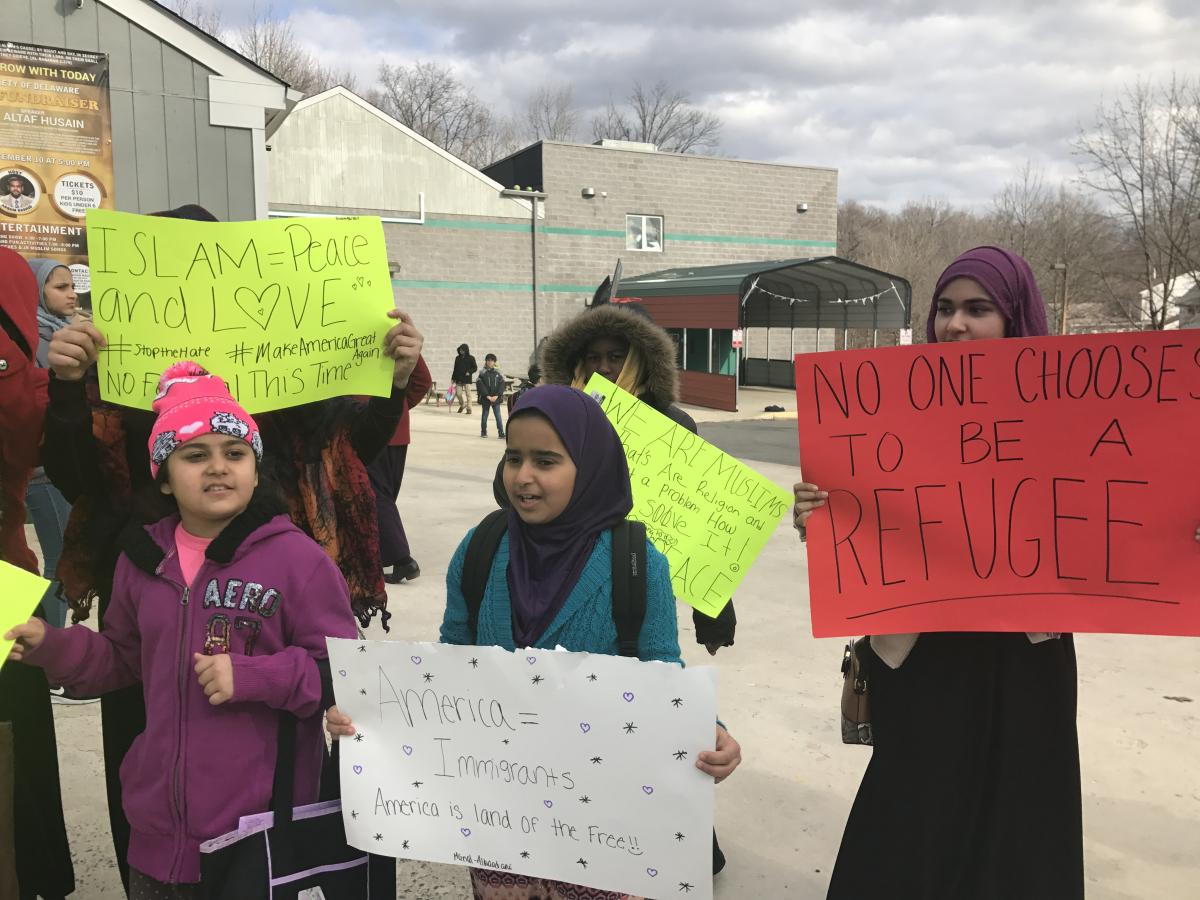 Jamshed was joined by her older sister and about two dozen others.

“We’re all humans and we all deserve our own human rights to go where we want,” said 12-year-old Sammrah Zalmy. “Especially if you’re a refugee, you don’t want to live in some place where there’s terror.”

Wilmington resident Jeanne Swartz also made her way to the Newark mosque Sunday to show solidarity for Muslim refugees, donning a hijab with stars and stripes.

Swartz is a member of Delaware’s People to People International chapter, an organization that promotes peace and cultural connections. She said she’s aware of many Pakistani migrants stuck and languishing in Greece, many not even considered refugees because of a lack of paperwork. 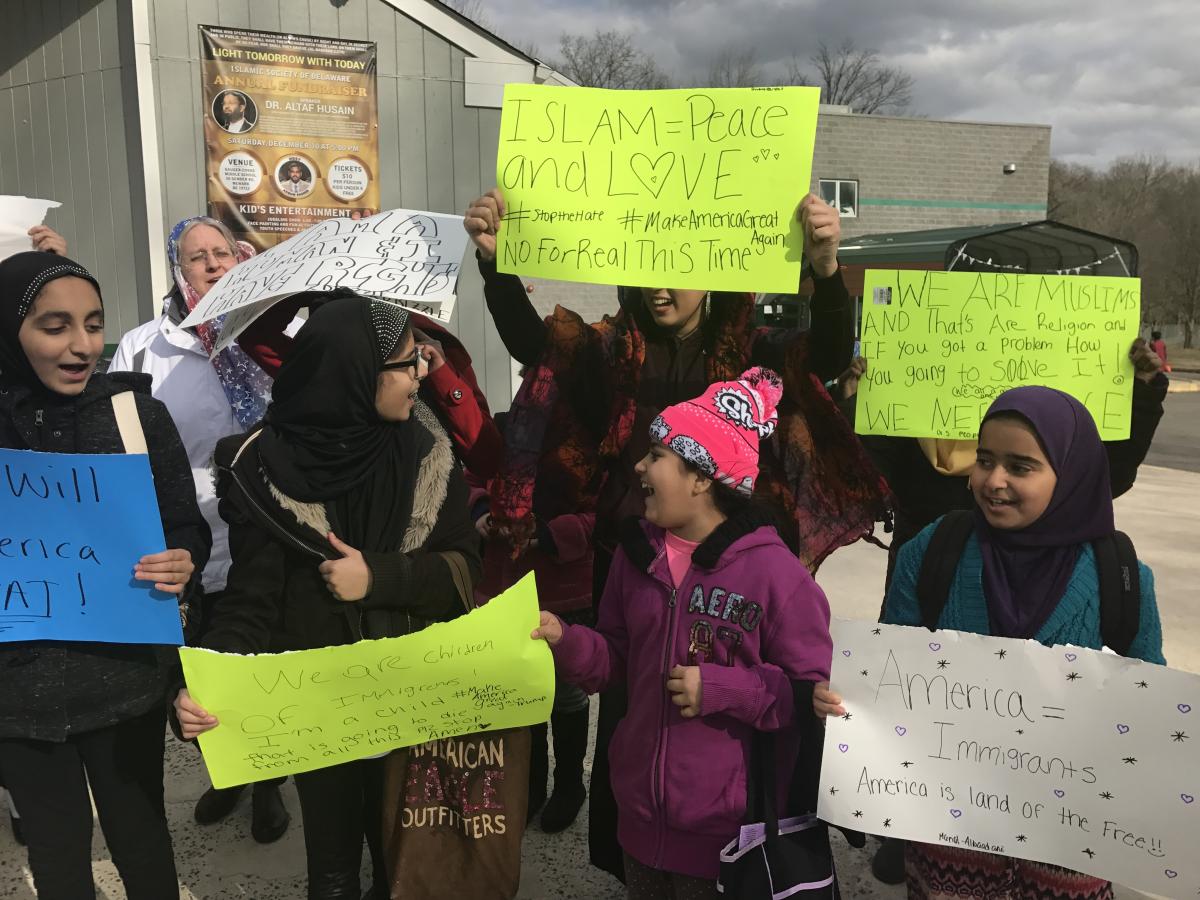 “You can’t let people live in dire straits, and bombs coming all around them,” Swartz said. “You have to give them a better life, some hope in their life. So if we bring them here, get them on their feet again, they may go back home and rebuild their country. If not, they make America a better place.”

Swartz thought about heading north to the Philadelphia airport, but wasn’t feeling well and chose to join those at the Islamic Society of Delaware (ISD) where she knows many members. Another interfaith rally is scheduled for Monday evening at ISD, scheduled to start at 7:30 p.m.

Arqum Rashid, Delaware chapter leader of Muslim education and advocacy groupEmergeUSA also attended the Newark rally. The national organization put out a statement that Trump’s executive order “is the first step in an agenda that criminalizes faith, nationality and people of color. This EO is the first in a series of attacks anticipated against the freedom of minority groups to exist, by limiting the people who we allow into our country based on their nation of origin and/or their faith.”

At the same time, two members of the Delaware Congressional delegation made their way to the protest at Philadelphia International Airport. First State Senator Tom Carper and Representative Lisa Blunt-Rochester joined the thousands that jammed the International terminal there Sunday afternoon.