Christmas through a child’s eyes is the theme of this year’s Winterthur Yuletide tour. But the holidays weren’t always focused on children, large Christmas trees and gifts.

Before the Civil War, tabletop Christmas trees were making their way into the average American home. Large, elaborate trees were reserved for the elite and public venues like churches.

Winterthur’s Curator of Education Deborah Harper says the evolution of Christmas traditions – to include much larger domestic trees  – reflects larger cultural shifts like the rise of manufacturing in the 1800s.

“The idea of buying lots of Christmas presents: which comes first, the consumer or the manufacturer?” Harper said. “When you’ve got people who are finding new ways of manufacturing things, you have to have markets for them.”

Children increasingly became a focal point of the holiday.

Harper says the advent of modern medicine had something to do with Christmas’s connection to children – as kids were living longer.

“And so this emphasis on childhood as people were more secure in their relationship with their children, that’s a shift that occurs,” Harper said.

Rooms at Winterthur are decorated to reflect everything from a child’s Victorian Christmas – a chaotic sight of interwoven ribbon strewn through a chandelier connecting each child’s gifts – to Henry DuPont’s pristine Christmas Eve party, with ice cream, a rare treat for the time.

Instead, they were a collector’s item for adults. 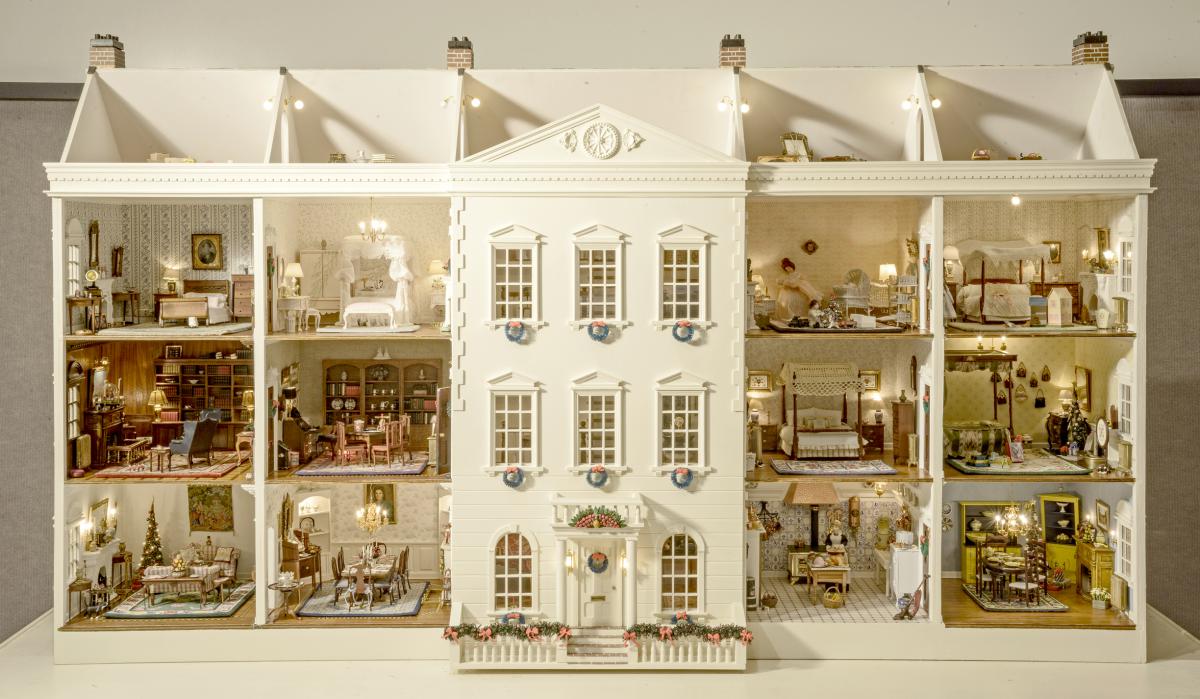 A dollhouse with over 1,000 pieces was recently added to Winterthur’s Yuletide display.
CREDIT COURTESY OF WINTERTHUR MUSEUM

One such dollhouse – with over 1,000 miniature objects collected over 30 years – is new to Winterthur’s Yuletide exhibit this year.

As Harper says, the really great dollhouses tell stories about their owners.

“For example in this case, there are 486 tiny little ceramic tiles lining the walls of the kitchen,” Harper said. “Well, Nancy had a tiled kitchen so she tiled the kitchen in her dollhouse as well.”

McDaniel was also a professional interior designer. Using those skills, she hand-stitched a rug for each room of the intricate dollhouse.

Harper said that she also had a sweet tooth, and a friend would hide miniature sweets throughout her dollhouse.